In October 2018 it was announced, after many years of campaigning by SBH Scotland, SHINE, scientists, MPs, MSPs, and under the recommendations of the Scientific Advisory Committee on Nutrition (SACN), that there would be a public consultation on the compulsory fortification of flour with folic acid in 2019. The consultation has been and gone but now in 2021 we still await an answer as to when it will be put into action. 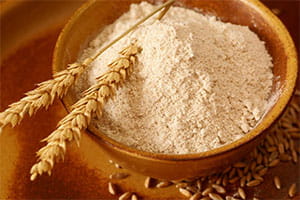 If it goes ahead it means that it would be compulsory to add folic acid to white flour.

Chief Executive of Spina Bifida Hydrocephalus Scotland, Andy Wynd MBE, said: “A decision to proceed with mandatory fortification of flour with folic acid would have a monumental impact on the health of babies in Scotland.

“Flour fortification is already done in more than 80 countries worldwide and research shows that fortification of food sources can reduce the number of babies born with neural tube defects, such as spina bifida, by as much as 70%.

“This news is especially important in Scotland as we have more live births of babies with spina bifida per head of population than anywhere else in the UK.

“The move is the culmination of over 20 years of campaigning on the part of SBH Scotland, as well as scientists and health officials across the country. We look forward to hearing more from government ministers in due course.”

There is very clear evidence that folic acid can help to reduce the number of pregnancies affected by neural tube defects, of which spina bifida is the most common. Evidence suggests that women are still not taking folic acid supplements or have a diet sufficient to raise the blood folate levels required to support a possible reduction in a pregnancy affected by a neural tube defect (NTD). The latest UK statistics reveal that 91% of women, of childbearing age, have a folate concentration level lower that the threshold for the avoidance of NTD's.

By fortifying flour at source with folic acid, it will be reintroducing vitamins lost during the milling process and will help to ensure that all woman of child bearing age, who are sexually active, are getting an increased level of folate into their systems. This will ensure that the risk of spina bifida will be reduced in both planned and unplanned pregnancies.

Previously SBH Scotland had asked why Scotland did not take fortification forward on a Scotland only basis but in August 2017, Food Standards Scotland (FSS) announced that fortifying flour in Scotland alone was not practical or cost effective and that any strategy would have to be implemented UK wide.

On 1st December 2017, the Scottish and Welsh Governments wrote a joint letter to the UK Health Secretary, Jeremy Hunt, urging him to take action and introduce mandatory fortification of flour with folic acid on a UK wide basis.

Tuesday 20th July 2021 marks 30 years since the UK Medical Research Council’s funded research was published, showing that supplementing the diets of women before, and during, the early stages of pregnancy with folic acid substantially reduced the chance of that pregnancy being affected by Neural Tube Defects (NTDs), such as spina bifida and anencephaly. The latest part of our campaign sees us working alongside SHINE in asking Ministers across the UK when we can expect a result on the consultation. 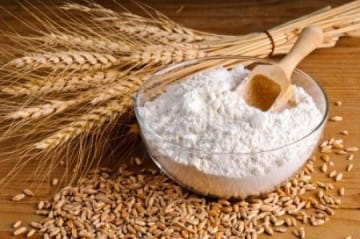 A call to action: Mandatory Fortification of Flour with Folic Acid

Live events are back at SBH Scotland
Dates announced for Golf Day and the newly titled We Love Lunch!